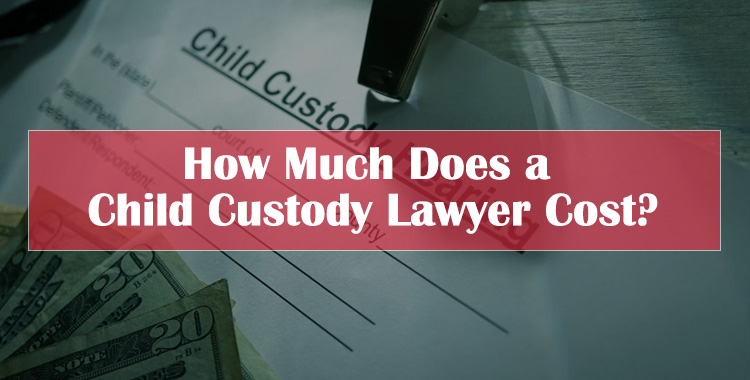 How much does a child custody lawyer cost?

It is the fee that a child custody lawyer charges for the first meeting. It can also be referred to as the visiting fee. And it applies in the case if the parent doesn’t have a family lawyer before the case. Also, lawyers don’t always charge this fee.

Depending on the type and length of the case, they might waver the fee. This fee can range from $100-$550, depending on the total consulting time provided by the lawyer.

A child custody lawyer charges a flat fee in specific situations. If the divorce type is uncontested, the lawyer agrees on a flat fee. Also, flat fee agreements suggest the case to be simple and straightforward. This means there is less scope of extra and miscellaneous costs.

The total flat fee can be in the range of $1,200 to $4,500. Or if the case is complicated and still the parents want to deal with a flat fee, the amount could jump up to $20,000. The amount also depends on the experience, reputation, and ability of the child custody lawyer.

Hourly rate agreements are the most common and widely used in child custody cases. Lawyers charge a fixed amount of charge for each hour of service, consultancy, and effort provided. Usually, the amount ranges from $150 to $200. The amount varies depending on the complexity and the novelty of the case.

Also, lawyers charge different hourly amount depending on the type of service being provided. One amount is charged for consultancy, an unusual amount is charged for legal research and evidence collection. Court hearings can be more than the range of amount mentioned as it requires extreme professionalism and hard work from the lawyer’s perspective.

Referral means that one lawyer is referring to the involved parties to seek assistance from another lawyer. It happens in cases where the parents want to file different lawsuits related to divorce, such as abuse, domestic violence, or maybe finance-related issues. When a lawyer refers to another lawyer, the lawyer might charge a portion of the total fee instead of loading the whole amount.

It is structured as a down payment system by keeping the child custody lawyer on call. In most cases, a fixed amount of money is kept in a bank account, and money is withdrawn when particular costs are incurred. This is usually calculated on the hourly rate of a lawyer. This fee is decided in exceptional cases, and usually financially stable parties opt for this system.

This is the amount of money needed for the legal procedure of the court and case filing. It can range from $3,000 to $5,000, depending on the type of case. However, with the complexity and length of the case, this amount can rise to $35,000.

Parents going for separation should spend time in researching how much does a child custody lawyer cost before hiring a lawyer for their case. In most cases, the type of divorce and the relationship between the child and the parent determines the kind of case in the court and lawyer charges accordingly.

It is important to “shop” for lawyers before deciding on someone, just like we shop for clothes or utilities by screening different options in supermarkets. Hiring a competent child custody lawyer would prove vital in the court order of child custody, despite the expenses related to the lawyer cost.

Please contact us for more information. Our email is monitored seven days a week and we will get back to you shortly.

Donald I.M. Outerbridge is the Executive Director of Merchant Law Group LLP and has been for the last thirty years approximately, commencing in 1993; and has been managing or involved in law firm management at various levels a lot longer going back to 1981 across multiple provinces in Canada. He achieved a B.A. as the University of Western Ontario (1981) and a B.Comm. degree from the University of Windsor in 1983. Donald is Past President, Association of Legal Administrators, Winnipeg Chapter (1991) and has been Guest Lecturer, Red River Community College, Legal Assistant Program’s, “Law Office Management” subsection, Winnipeg, MB (1989-1992). Mr. Outerbridge has been a mentor to many young lawyers over the years, a colleague and a friend. He is also an avid Notre Dame Fighting Irish college football and Green Bay Packers pro football fanatic.

Finding yourself in the middle of a family problem can be difficult and confusing. It is at times like these that you need the advice and assistance of an experienced lawyer.

Family and Divorce matters involve a variety of circumstances. You may be entering a relationship and want to protect your income and assets or limit your responsibility with respect to the debts of your partner. You may have been involved in common-law relationship or have been married and are going through a separation. You may have children from the relationship. Whatever your circumstances, contacting a lawyer can be an invaluable tool to navigating the system and figuring out your legal options. 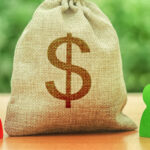 How are Bank Accounts Split in a Divorce? – Here’s Your Answer! 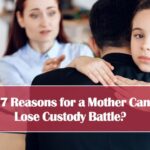 How a Mother Can Lose Custody Battle? 7 Most Common Reasons 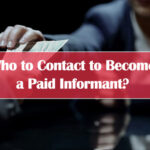